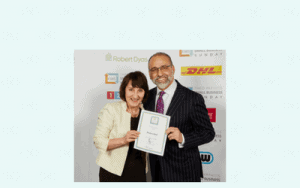 I’m sure most people reading this will know about the BBC programme Dragons’ Den. In terms of viewers, it attracts business entrepreneurs and amateur enthusiasts alike. Theo Paphitis is perhaps best known for being a former Dragon, but he is also a champion of small businesses. Small Business Sunday (#SBS) is his initiative – you can tweet Theo about your business on a Sunday evening using the #SBS tag. If he likes what you have to say he retweets you to his followers.  That’s how you become a winner.

As an acupuncturist, I like to teach my patients how to look after themselves, both to speed recovery and to prevent painful problems reoccurring if at all possible.  I already teach some simple yoga postures and talk about diet but I realised there were a couple of important skills that patients were missing out on:

Knowing how to relax using mindfulness and meditation.

Knowing how to be mindful of what is going on in their mind and body. Then being able to respond to that knowledge in a way that nurtured long-term health and feeling good.

That’s when the idea for Wisdom-Mind was hatched. This was going to be the way I would be able to teach mindfulness and meditation in a way that was practical and applicable to everyday life. I was keen to gain new followers and interest. So the idea came about to put in an entry for Small Business Sunday.

I put together a 30-second video explaining how acupuncture helps with pain… and it caught Theo’s eye! And so I joined a select band of #SBS winners!!!

Going to the #SBS Winners Conference

One of the benefits of winning #SBS is an invite to the Winners Conference at the International Convention Centre (ICC) in Birmingham. That’s why I found myself up at the crack of dawn preparing for a long drive.  I didn’t want to miss a moment of the day!  My Hubby was coming with me, and we thought we’d allowed plenty of time to get ready, but hadn’t counted on me having a clothing crisis! The zip of my posh dress gave out and after valiantly struggling to fix it we just had to give up…

It was a classic  ‘I don’t have anything to wear’ moments, which I don’t usually suffer from, but then, not every day is spent with a well-known business and television star! Luckily I remembered I had a woollen dress which I could pair with my posh jacket and pearls.  That would work…. Phew  🙂

There were no further dramas, and we arrived safely. The ICC is in the centre of Birmingham, right on the canal network, so a lovely setting. If it hadn’t been February, I would have enjoyed sitting outside at one of the cafés. But anyway, there was plenty going on inside. 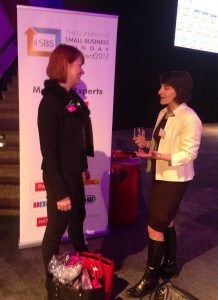 The first few hours of the Winners’ Conference was informal networking followed by a talk by ‘Gummee Mummee’ Jodine Boothby, a previous #SBS winner. Jodine’s talk was emotional and inspirational.  From someone who left school with no qualifications she now has a £million turnover international business.  She started out with a great idea for a baby’s teething glove, but having an idea isn’t enough on its own.

Jodine struggled and struggled to finance and develop her first teething glove and then get it out into the shops.  She worked at her local newsagent and had persuaded her boss to let her put up a poster explaining wat she was trying to do. And that she needed help with raising the money to do it.  She finally hit gold with a local man who turned out to be one of the Guilford Four. He had been wrongly accused and imprisoned for being involved in an IRA bombing campaign.  He became her business angel, funding her business with some of his compensation money.

And the rest is history as they say…

One of the best parts of hearing this story was seeing ‘an ordinary person like me’ growing a successful company that has helped out loads of babies with teething all over the world.  Even better was knowing that much of their growth so far had been achieved by working from home. Even though they were now a big business!

Finally, the moment we’d all been waiting for – Theo was on stage!  What a buzz! He gave a talk about his thoughts on Brexit and how it would affect businesses. Using excerpts from various TV programmes he had been interviewed and in his own laconic style. He explained he was originally leaning towards Remain but became a Leave as he concluded that the EU is a failed experiment. He was strongly of the opinion that no one knows what the future holds with Brexit or how leaving will pan out. But he believed that there will still be plenty of opportunities for businesses to be successful. 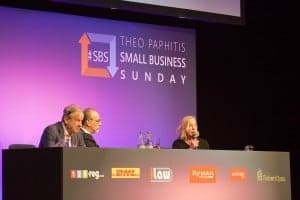 Then came Question Time with a panel that included Deborah Meaden, another well-known Dragon.  Again a massive buzz of excitement when she walked on stage! One thing she said that I particularly liked was;

After that, the highlight of the day… getting my photo taken with Theo!  He asked me who I was and about my business, and gave a great smile for the camera.  How he did that for the 300 winners who were also there I will never know! But I’m sure they all felt as I did – pure pride at their achievement.  For all of us who have been #SBS winners, having our own efforts acknowledged by someone of his stature is a golden boost to our confidence and business credibility.  And that’s priceless. 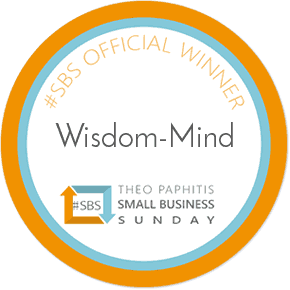 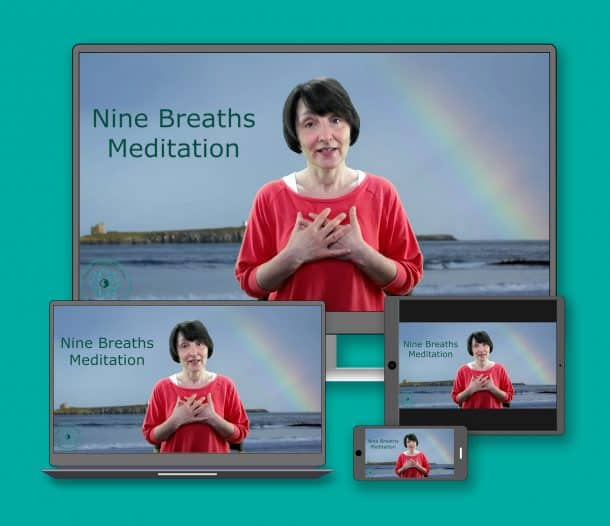 Your download link is on its way to you!

Manage Cookie Consent
To provide the best experiences, we use technologies like cookies to store and/or access device information. Consenting to these technologies will allow us to process data such as browsing behaviour or unique IDs on this site. Not consenting or withdrawing consent, may adversely affect certain features and functions.
Manage options Manage services Manage vendors Read more about these purposes
View preferences
{title} {title} {title}